The Oil Market by Reza Irani 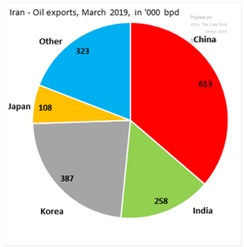 25th April 2019 - by Reza Irani - The Oil Market Lately, several factors have contributed to a slightly bullish outlook for global oil prices over the medium term. The most immediate factor in recent days lies in the Trump administration’s declaration of its intent to withdraw the sanctions waivers granted to countries such as China, India and Turkey to purchase Iranian crude.  Such a move could remove over 1mm barrels of supply as soon as May 2nd. Ostensibly, other OPEC members cantap their spare capacity to meet this demand, however tensions are once again on the rise around a potential closure of the Straits of Hormuz. Remaining in the geopolitical sphere, sanctions on Venezuela and the prospects of renewed conflict escalation in Libya also add to the bullish picture. However, while these factors can be interpreted as positive from the perspective of other OPEC members, they will be anxious not too let prices run too high and spark additional investment in US Shale oil p
Post a comment
Read more 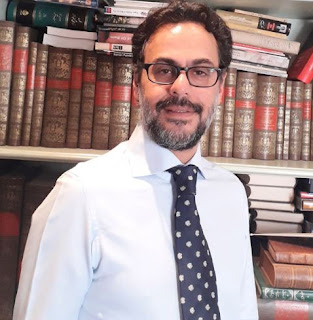 Reza   Irani -Kermani was born in the city of Tehran, Iran and studied at a French School,  Lycée  Razi till 1980. He further pursued his higher education from the famous Complexe Scolaire de Valbonne, Sophia Antipolis, Valbonne in France. This was the same institute from where he earned his International Baccalaureate. Reza then went to Birmingham in United Kingdom, to get along with his specialised education in Production Engineering and Commerce at the University of Birmingham. After getting his degree in Engineering, he  started working with the Management Investment and Trade Ltd “MIT” in London at a Clerk position.  Reza Irani  himself got into the trading business in the year 1990 and soon became a General Manager in the year 1991 out of all the hard work and dedication. This was the time when he led MIT to become one of the biggest global trading entities in foreign exchange ,with a daily turnover of $11 Billion. By the year 1993, MIT was targeting the major Chine
Post a comment
Location: Dubai - United Arab Emirates
Read more 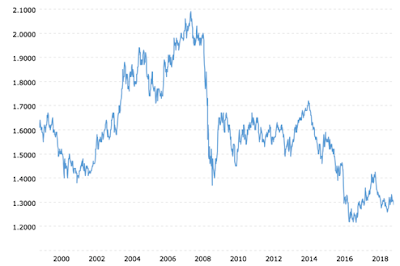 Future of Sterling? By Denning Cox April 2019 -Given the uncertainty of Brexit and the low interest rate environment, the British Pound has weakened against most currencies and particularly against the Greenback. As most traders refer to it, “cable” is under pressure due to the fact that the UK government has made a mess of Brexit, driven major investors out due to new legislations targeting non-domiciles and a general lack of interest in the real estate market due to high stamp duties. "This is one of the worst periods for the UK economy". The combination of what I define as ‘real’ inflation and the uncertainty caused by the government’s policies have driven cable to well below its purchasing power parity” said Reza Irani Kermani , CEO of Black Pearl Capital, with 29 years of experience in the financial markets. When I asked his opinion of where cable is heading, Mr. Reza Irani Kermani replied: "The Pound’s absolute relative value against the dollar should
Post a comment
Read more 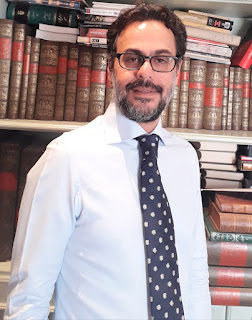 Reza Irani Kermani   studied at a French School, Lycée Razi until 1980. He continued his high school in Complexe Scolaire de Valbonne, Sophia Antipolis, Valbonne in France where he got his International Baccalaureate. He then travelled to Birmingham in the United Kingdom, where he studied Production Engineering and Commerce at the University of Birmingham. In 1989, upon receiving his degree in Engineering, he started work at Management Investment and Trade Ltd “MIT” in London as a Clerk. MIT was an affiliate of MKS Finance SA, based Geneva, a 24-hour bullion and foreign Exchange trading house. Reza became a trader in 1990 and was promoted to act as General Manager in 1991, when under his management, MIT became one of the largest trading entities in the world in foreign exchange with a daily turnover of $11 Billion. By 1993, MIT’s vision was that China was the future and given the size of its bullion business, MIT was very well established within Asia. MKS sold their sha
Post a comment
Location: Dubai - United Arab Emirates
Read more